I've been trying and trying to edit a video we made about two weeks ago at the barn. Nothing subversive, mind you, I just wanted to put some text over the video. And… for whatever reason, my editing software keeps freezing up. Maybe because it's the crap that came with the computer, who knows. Anyway, since it's been a while and I cannot seem to get this POS program to do what I want it to, here for your viewing pleasure is a regular day at the barn. With apple spaghetti.


(MBA has a food dehydrator. To make dehydrated apples she needs to peel the skin and core the centers. She decided that instead of throwing them out to bring them into the barn and sharing with her co-workers. That is what Ro is handing out to the horses.)
Posted by Lisa Deon at 8:13 PM 7 comments:

MIKs* And Other Stuff... 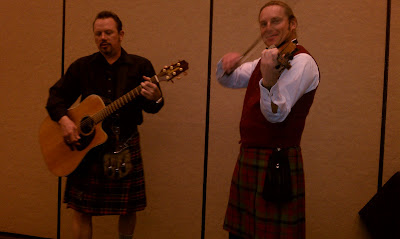 Sorry; I've been away, leaving this stale and sad reminder of a bad year. It's been a nasty rotation around the sun for a lot of people and I'm blessed with all the good things that have happened in my life. I apologize for my public wallowing in the pity pool. Too much all at once. I should not have dumped on you, constant reader. 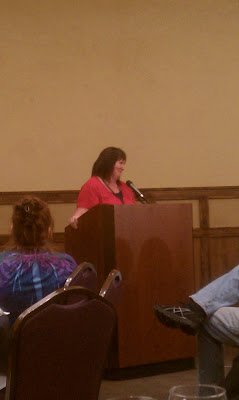 along with noted authors Jessica Day George, Bree Despain, and Victoria Dahl. Along for the ride, and to scout out new talent, were literary agents Laurie McClain (Larsen/Pomada Agency, San Francisco, CA) Heather Osborn (Tor) Amy Moore-Benson (AMB Literary Agency) and Borders Books romance buyer Sue Grimshaw. Tagging along with Christine Feehan was her agent Stephen Axelrod, who is not looking for new clients, (and with a stable of folks like Jayne Ann Krentz, Susan Elizabeth Phillips, and Julia Quinn he's already pretty busy) but he did sit in on an author agent panel and gave his valuable input into the agent/author relationship.


The atmosphere was both festive and emotionally charged. After all, get a group of mostly women (with the exception of three male writers and a couple of tag-along husbands) and the estrogen levels expand like an erupting volcano. Add in a lot of ambition and a dash of desperation and you have a mix of people driven to succeed.
Plus we had these two guys wearing kilts serenading us during dinner and the book signing.

And these two guys hung around all weekend, until Annie and Laurie won them as a door prize. 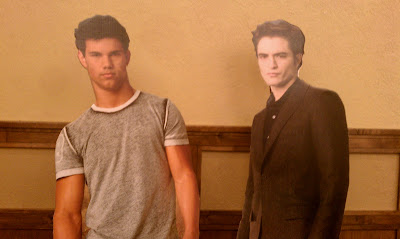 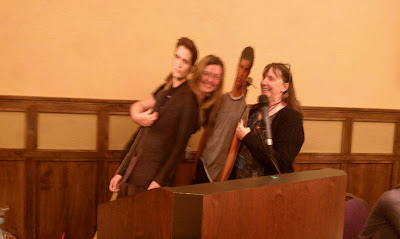 Anyway, I should get back to writing my regularly scheduled blog next week. I have a synopsis to make ready and twenty pages to submit and I've been working like crazy to tweak it.