So when I was informed by a co-worker that the Utah Heritage Foundation would be giving tours of the buildings at Exchange Place I jumped at the opportunity to go, even if it meant operating the rest of the day on only four hours of sleep.

I met my friend and fellow carriage driver, MBA, downtown and we proceeded to pester the guides with obscure questions throughout the tour. The buildings are beautiful, and while the architecture is mirrored in the twin buildings, they are fraternal rather than identical. I know this because the first question I asked, before the tour even began, was "Why is there a buffalo head on the Newhouse building but not on the Boston building?"

Obviously we were off to a successful start. But after that the tour was wonderful, except for the part where MBA tried to get me to look down the stairwell from the 11th floor.

Side note: I do not like heights. I'm quite content to stay no higher than the 3rd floor at a hotel. Taking those glass elevators makes me clench my fists and stop breathing. The idea of going on that glass bottom walk way that goes out over the Grand Canyon…well, we're not even going to talk about the puckering that ignites. But MBA took a Zipline through a rainforest, because people convinced her it would be cool. I would have to be drunk to the point of unconsciousness to do that, and still I'd prefer hacking my way across land with a machete, fending off poop slinging monkeys and millipedes the size of my arm, to zooming across the sky wearing an epic-wedgie inducing thong on a cable engineered and installed by people with remedial education.

In other words, it squicks me out.

Anyway, back on topic; the tour was informative and now if I take people down Main Street as far as the 400 South block, I can talk about the Newhouse, Boston, and Exchange Club buildings with some degree of accuracy. 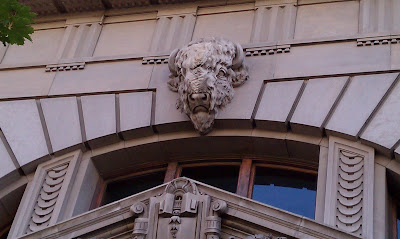 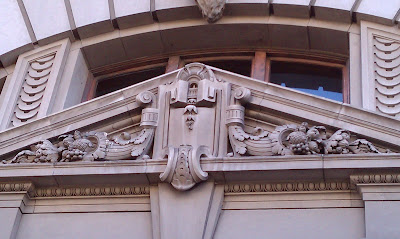 The beautiful marble stairs in the Newhouse building. Utah has no native marble, so this was imported from Georgia. The marble is only on the first level because Samuel Newhouse ran out of money. But at least the lobby looks nice! 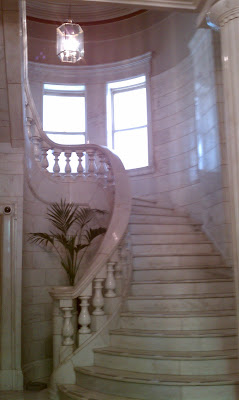 The stairs in the Boston building were tile and terrazzo. 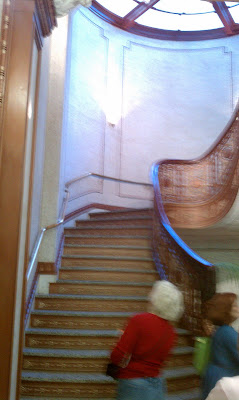 I'm okay with looking UP a stairwell, but declined when invited to take the same photo looking down. 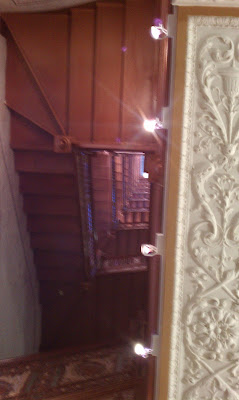 The lion was a symbol for industry. Both buildings have this detail around the top. 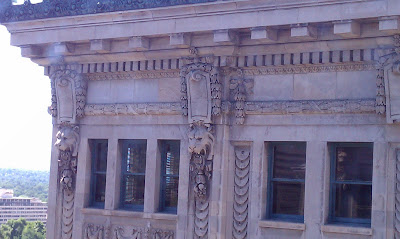 The style of the buildings are the same but some of the decorative details differ. 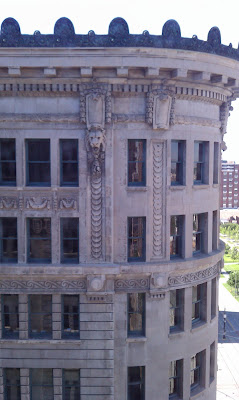 The building has a mail chute that runs the height of the building. All the mail ends up in this post box at the bottom. I forgot to inquire if it is still in use. 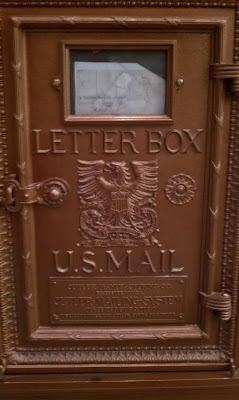 The Exchange Club was like a men's club/gym for the employees of the stock and banking businesses. 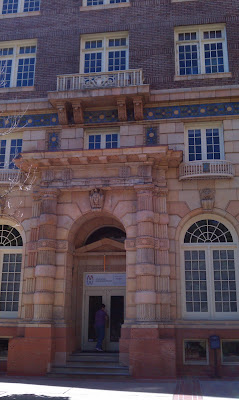 LOLOL I never knew you were THAT afraid of heights. That marble staircase is sweeeeeet!

Wow, this is the best site I’ve ever read. Thank you for sharing this.mba college in punjab

Wow, this is the best site I’ve ever read. Thank you for sharing this.mba college in punjab

You failed to mention that after going on said zipline I will NEVER EVER repeat the experience!!!
---MBA

The picture up the staircase was awesome enough... didn't need one going down!
Thanks for the 'tour'!

amiyawilliams, I had no idea that MBA had a college in India named after her...