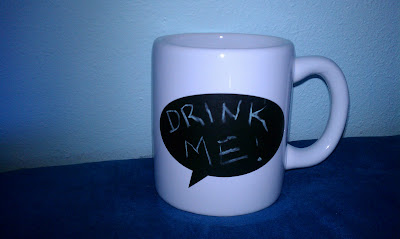 Right now I'm in the middle of a number of things, plus—

deal with. First of all it seems I now —


My mom is all settled in her basement lair. She has two rooms and the run of—

lack the ability to focus on anything longer—


Is your refrigerator supposed to get hot on the sides? Because—

than a micro second. I mean, wandering into—


mine has been for the last two days and —

the kitchen then standing there openmouthed wondering what—

The Utah Romance Writers of America conference is next week, (October 7 & 8, The Canyons, Park City Utah) so as you can imagine—

the hell you came in there for in the first place is one thing. Going from room—

Damn, there's another hot flash. I wonder if I have any batteries in my flashlight? Oh, man, I need to write myself a note to get batteries.

grinding up sausage so either there is something —

to room doing it gets tedious. And when I'm not doing that, I'm flittering between—

The Kid joined the Army reserves. She looks great in her—

wrong with the insides or a small butcher moved into my fridge and is grinding up hamburger.

three different things like a 12 year old with ADHD at Scout-O-Rama, and not finishing anything. I'm —

What a beautiful day out! Let's go—

what the hell I was doing to stay on task. It's that or get a Post-It note pad implanted on my left forearm. Which might hurt.

Family room, plus her own bathroom. And having her here —

uniform, although they had to special order her one; apparently—

the entire month of September and half of October. Part of it was because I finaled in a writing contest and I—

is great. She totally pitches in and smells better than a foster cat, which makes Mr. SD very happy.

had to finish editing the work in progress just in case the judge, an agent—

they don't get teeny-tiny recruits unless they—

from New York, asked for a full or partial of the MS. But, she did not (she made no requests) which is okay—

are made of green plastic.

because I will be pitching my second place win at our URWA conference.


So once again I apologize for my lack of posting. Blame it on menopause! I'm going to.

And now I will tell you a love story.

My most favorite co-worker is Cleatus. I've written a number of stories about him, and he is a main character in Splitting The Difference, the short I have on Amazon. Cleatus was working at the barn when I started, some seven years ago. And despite what the ARA's will tell you, Cleatus enjoyed working. How do I know? A while ago he was on the D/L because of an abscessed hoof. Ro would bring him into the barn to soak his foot and then let him roam around the property and eat the grass and weeds. Our horses occasionally double as the landscaping crew. Anyway, Cleatus has been off for about a month, and Ro had him in the barn. She walked outside to get the mail, leaving the two people size doors open. Now, Ro's office has a people door going into the barn on one side, and a people door doing to the outside on another . She went out through the people door to the mailbox, and Cleatus walked through the people door into the office from the barn, executed a ninty-degree swivel in a very small space, then continued to sashay out the front door. Ro, standing at the mail box, was astonished as Cleatus calmly walked by her, heading the direction of downtown. He even jerked his chin at her as if to say, "Hey, sista, what's up?" as he moseyed on past.

Apparently, fed up with not being allowed out on the street for so long, he was heading downtown on his own to see what was shaking.

And anyone who tells you horses are strict vegetarians never saw Cleatus steal a cheeseburger from the hand of a carriage driver who was trying to be polite and hide his food while attempting to sell a ride.

I often times explain that the job is 50/50 between the horse and driver, but with Cleatus, it's more like 70/30, with Cleatus being the 70. In other words, given thumbs and a command of the English language, he could do the job solo.

His favorite treat was Oreo cookies and he would come when I called him, and follow me around like a dog. A dog that's looking for more Oreos.

He passed away last week. I will never again be able to look at Oreos without thinking of my sweet boy Cleatus.
Posted by Lisa Deon at 6:52 PM

Cleatus sounds like an awesome horse, I'm sorry he's no longer in your life.

As for the mind scatter, I actually kept up with that pretty well. :P I dread to think what I'll be like when I hit menopause.

Sorry about Cletus. I was never a fan of his, but he was a good worker that a lot of other people liked. Hey, I adore Belle, but a lot of Belle thought (and still think) she is a brat that needs a giant midol suppository. One of the hardest things about driving for any length of time, is seeing the ponies retire or move on to Celestial pastures. I knew that the end was near for me when none of the horses were there when I started. Seeing Mike and Red go were some of the hardest. 1995-2008 was enough for me. Keep watch over my other ponies. The carriage barn is a great place to work. You can't ask for better co-workers. Its why Belle now comes to work with me.

ugh, I must proof read before posting. A lot of people thought (and still think)that Belle is a brat and needs a giant midol suppository.
Its late. I just explained menopause to my 13 year old. Hopefully it made more sense to him than my last post did.

I'm so sorry to hear about Cleatus. I loved reading about him in Splitting the Difference. What a character he must have been.

Love your disjointed post... I feel like that some days! It was fun to read it - you captured the feeling well.

Here's to night sweats...oh and morning sweats...and afternoon sweats. Ugh! I hate it!

Aw, no, not Cleatus. I love Cleatus. Why do they have to leave? Dislike. So sad and sorry for you.

On your first post, however, you have so perfectly and empirically defined menopause. I salute you and your complete awesomeness.

However, our deepest sympathies for the loss of Cleatus.

Hi, I am the owner of a Photography blog photographymc.blogspot.com

I'd like to exchange links with you. I added your blog to my Favorites!

Pay me a visit and let me know with a comment on the blog what you think about it.

There's something you may be interested in, on my blog started a free online photography course, that includes over 200 lessons at this link: Free online Digital Photography Course