I spent last weekend at the Utah Romance Writers of America conference in Park City, Utah. It was, as usual, great fun and more relaxing for me because I was not in charge of anything this year. I also didn't pitch to any agents this year. In fact I pretty much hung out with my fellow writer roomies and goofed off, which is my standard operating procedure. I also participated in my first book signing, which while not all that fiscally productive (that's what you get tying to sell to members of my RWA chapter, many of whom already either have my book or have no interest in my book because I use a plethora of naughty words, because I am, in fact, naturally foul mouthed) was enlightening.

While many people expressed their affinity for my cover, I discovered that when they look at it, they are not seeing it. 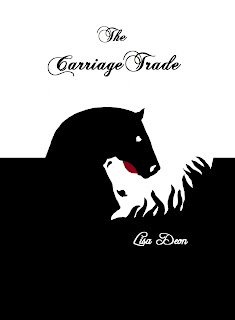 I do because I cannot "unsee" things, plus I was there during the creative process, and it's modeled after my tattoo which, if I could do a clean slate, I would change.

So while I was sitting around, a fellow chapter member came up and admired my coffee cup, which has a picture of my cover on it. So I picked it up and said, "And it looks as good in your cabinet as it does on the table." Then I turned it upside down, and the person looked at it again, and said, "I never noticed that!" 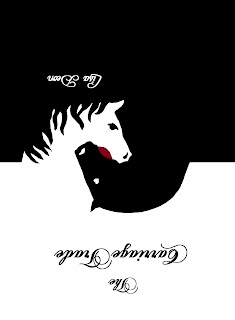 Maybe because... I don't know, like I said, I cannot "unsee" it. Plus, when I got my tattoo I had the white (okay, flesh) colored horse put on top, and when people looked at my tat they would s-l-o-w-l-y- rotate their head so they were looking at it upside down. Finally, when they were in a totally awkward position, I would mention the fact that is it a ying-yang symbol, but with horses.  The they would "Ooh" and "Aww".


Above are the images used as scene breaks, and it all depends on whose point of view the following scene is in as to the image utilized for the break. And that was done mostly for me, so I knew the owner of the POV and could check for violations while editing. Because I get confused. A lot.

Anyway, that's all the news that fits, with the exception of this: The eBook of The Carriage Trade is on sale at both Smashwords and Amazon this week for $3.99 which is a savings of $2.00. So, don't say I never gave you anything.

you should put that on coffee mugs and t-shirts, just sayin. I'd buy it..and was just thinking that this would make a lovely gift for barn friends. Is it anywhere?

Hmmm, Anonymous, you have a point. Since I own the logo, I could do that. Maybe I will open a Cafe Express store...