Blasphemy And Other Avocations

Living in an area with a high concentration of Christians whose religion is only slightly less restrictive than the Amish faith, it was refreshing to be surrounded by people celebrating the Hindu holiday of, well, Holi Day. 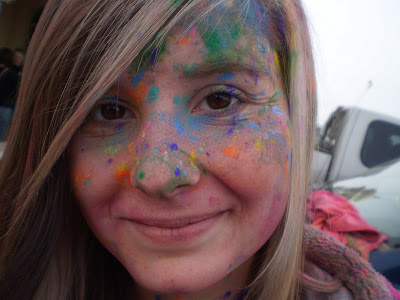 Lathmar Holi, also known as the "Festival of Color," has been going on in other parts of the world for around 5000 years. But according to the coverage presented by our local Fox affiliate, the Lotus Temple in Spanish Fork, Utah is the only place where the Festival of Colors is celebrated in the United States.

Too bad for the rest of you non-Utah people because it was awesome. 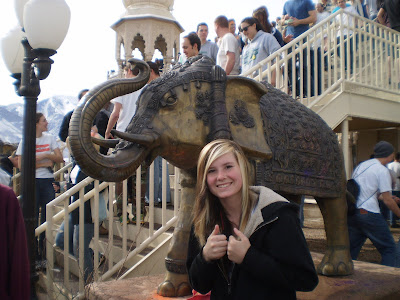 This was our first excursion, the Kid and I. I'd passed the Hari Krishna Temple last fall on our way to Moab, and it's a beautiful building. 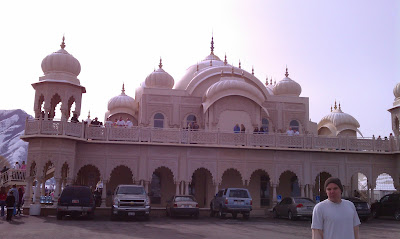 Situated on a hill surrounded by farmland, cars were parked on the side of the main road for miles. With my penchant for being early, we got a great spot across the street and only paid $5 to park. Being from Chicago, I can tell you that $5 to park in the middle of some dude's cow pasture is a hella deal.

So that was a win, and we didn't have to wait in line very long to buy the colored chalk-like powder you throw in the air, and at people, and on stuff… And sometimes you just rub it in someone's hair. And the powder is also scented, which is good, because if most of the other people were like us, they also eschewed their daily shower until they got home, knowing they'd be covered. What we didn't know was how hard it would be to breathe while the throwing is going on and next year we will make sure we do the following: 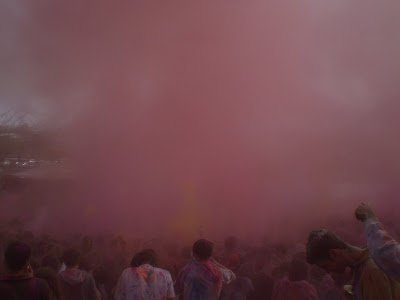 Wear a bandanna and sunglasses. 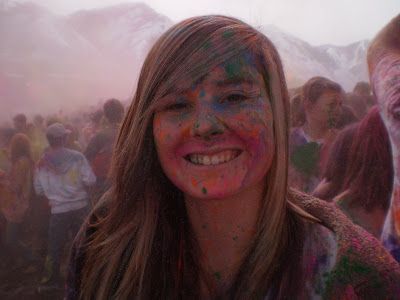 White and black clothes bring out the brightness of the colors. 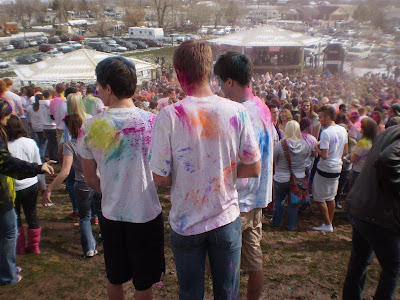 Cover your camera in plastic wrap. 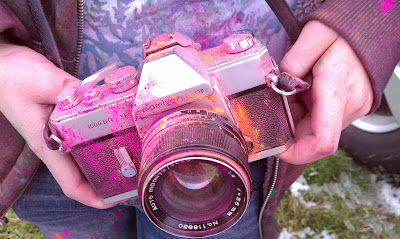 Bring someone you love. 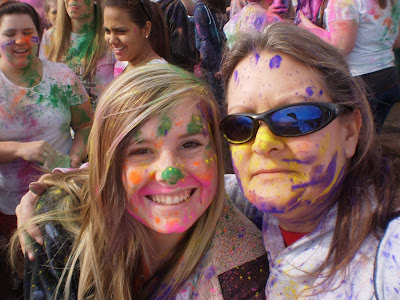 In other news, Zita, the most recent foster cat, found her forever home this weekend with a friend of mine. We met while volunteering for Sundance, share the same initials, and worked on a movie together a few years back. She saw the kitty on Facebook, decided to visit her at an adoption event, and fell in love. She is both pleased and astonished at Zita's tenacious personality and is happy to be able to give her a forever home. However, our big fluffy white dog Luna, who thought the cat was her pet, has been searching for Zita for two days now.

But she'll get over it.

My short, Splitting The Difference

is available from Amazon.com and everyone who purchases a copy between now and December 2012 gets a free Mayan Calendar!*

*Not really. Have you any idea how much shipping would be? Those puppies are made of stone. Plus if you liked it you wouldn't be able to get another one for 2013 because the World's supposed to end.
Posted by Lisa Deon at 9:43 PM

Labels: "Dog" is "God" if you're dyslexic, Christmas would be so much easier if they's take the whole "Holiday" thing out of it..., Making New Friends, On the road