Doghair is a protective covering for furniture


We went on a quest yesterday to find a vacuum that would be able to keep up with the amount of hair the individuals that live in this house manage to produce.

Here are the contributors: 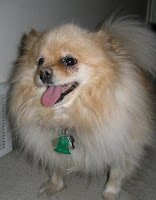 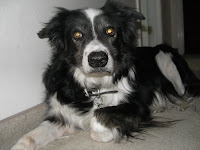 
Appaloosa L. P. Prairie Dreamer; known as “Dreamer” (ok, well he doesn’t live here in the house but when I come back from the barn I’m usually covered in his hair so I think that counts, don’t you? I mean I consistently look like I’m wearing Angora Levis!)

Our carpet used to be a synthetic blend. It has since transitioned into a synthetic/organic blend. Try to find that at Big Bob’s Carpet Barn or Shag-Ra-La!

We bought a really expensive vacuum a few years back when we had a Kuvasok. They are big white dogs that look a lot like Great Pyrenees, and when they blow their coat it comes out in chunks. I used to sit on the porch with this dog and “pluck” her hair out, like de-feathering a chicken. I could easily fill numerous leaf bags. If I was a spinner (and I did try it once) I could have made enough yarn to knit another dog. Or a Shetland pony. Actually, I could have knitted the Budweiser Clydesdale Team, the beer wagon and Dalmatian, but that’s too much like work. When I was finished the porch would look like there had been a blizzard.

After attempting to clean up the living room from this winters hibernation I realized that my current, once effective and expensive vacuum, was just not up to the job. It looked old, rode hard and put away wet. At one point someone had sucked up a Bic pen which had tried to escape through the hose, leaving a pen-size hole in the plastic line. We patched it with electrical tape. The cord had been run over so many times that it was more exposed wire then not, and it was now longer sucking up the dog hair, just rolling it into snake like clumps that I would have to bend down and pick up.

A vacuum is an appliance you want to suck.

Although I am one of the cheapest people in the world, I know when I have been beaten. Short of importing a monkey, teaching it to ride on the vacuum and snatch up the clumps at I push it along, then having to live with it perching on the TV and flinging crap on us when it’s bored (Or worse; The Husband knew someone with a pet monkey, and he could tell you stories…) I made the executive decision to put the old one out to pasture and get a shiny new one.

We went to six different stores. Dysons look really nice, but unless it pulls itself out of the closet, vacuums the house, does the laundry, fluffs my pillows, and gives me a lap dance I refuse to spend as much on something to pick up dirt and hair as I have been known to spend on a car.

We finally settled on a Bissell. It has a picture of a Boarder Collie on the box, and tools specially designed to pick up dog hair. I like it, it works really well, and my only gripe is you have to empty the bag less canister a lot more often then my old one. Of course that could be because this one is actually working.

Now, if I could just import a monkey and train it to run the vacuum…

Oh, dear! After I read the first graphs of your post, my smart-aleck self said, "Slave Driver, don't you knit?" Of course, you had already covered that. You are not filed in my mind as "Awesome Dame" for nothing. We lost our precious Lovey soon after we moved here and have not had the heart to inflict this climate on some other poor creature. Lovey was black and slick-looking, but when she was stressed, great handfuls of fluffy tan hair fell out behind her as she walked. I had gotten rid of the carpet (with my own hands; I hate carpet) and sweeping up the bare floor was an easy but constant chore. Good luck with that Bissell!