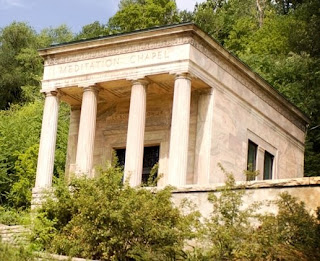 I have a lot of people to thank today and since I don’t have a rocket car and the powers that be are too busy making smaller mp3 players and not working on those Star Trek molecule transporters I’ll have to do it by phone or blog.

The trouble is, I don’t have your phone number, so blog it is!

It’s Memorial Day and, as a carriage driver, I spend a lot of time driving up through Memory Park, which is now called Memory Grove. It’s a war memorial park established by Salt Lake City around 1924 to honor those fallen from Utah in WWI, except their memorials don’t say WWI, they say “The Great War” and “The World War”, because they were installed before WWII came around. Some people just don’t plan for the future.

Anyway, it’s a quiet and beautiful place, and I have the honor to bring people from all over the world up there, most of whom would never get to the place and see it if it wasn’t for us selling the ride. It’s a little out of the way, hidden in City Creek Canyon.

It reminds me to thank those of you who have or are serving in the military. My husband, my father, and my buddy Bill were all in the Navy. Two of my cousins along with my dear friend and drinking buddy Stace are Air Force. (Hiya Stace!) My brother-in-law is in the Illinois National Guard, recently back from the desert. I am fortunate to never have lost someone close to me because of their military service, and I hope I never do. If you have, I feel for your loss, and thank them for their sacrifice.

So on this day when most people are cracking open a couple of beers and singeing their eyebrows while burning up their brats, I’ll remember that the monuments I pass up in the grove are not just names carved into stone but represent people who were loved.

Thanks for your service. I do appreciate it.
Posted by Lisa Deon at 8:54 AM