I was looking over the writing assignments I have for the writers group I belong to and nothing in the themes for this month catch my fancy. Nothing next month either. Oh, look, July: Independence, Languages, Pioneers, Marathons, (Marathons? Everyone in this group is like, 60-100. I’m one of the youngest people there and I’m 47. It’s very scary.) Parades, Fireworks…


Fireworks. I can do that. I can even tie it to Carriage Driving. How? That’s easy, ready? Set? Away we go…


We do a lot of weddings in the carriage trade. It is the ultimate end to the fairy tale…As the sun slowly sets on the horizon, the bride and groom are whisked away to their happily ever after in a golden carriage with a team of delicate white horses and coachmen dressed in their regal finery… 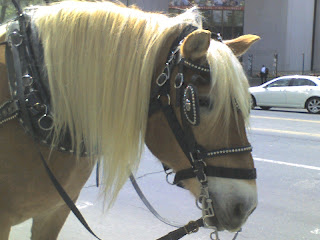 who is a Belgian Draft and therefore more Palomino than white but he is certainly the same size as four delicate horses, just lumped into one honkin’ big palooza. The carriage color choice is limited to black or white, however there are a few different interior color schemes, but odds are most of them will be covered in dog hair from Harley, resident barn dog, who naps in them. 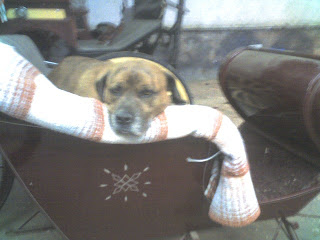 
You could get a Cinderella pumpkin carriage, but… not in Salt Lake. You need to go to Kansas City for that, they have them around the Plaza. I almost got a job there but you needed a Chauffeurs license to do it and, well, I’m just to freakin lazy. Then I read in the paper how one carriage barn owner put out a “contract” on the other carriage barn owner and decided that it just wasn’t worth my time. I have a teenage girl, I already get my recommended daily allowance of drama, thank you very much.


Of course you could ask for the hearse, if you’re going the Anna Nichole Smith route, marrying a man with one foot in the grave and the other on a banana peel. It could be a two-fer!


And then there’s your delightful footmen…okay you get one, unless the driver has a trainee, and if it’s winter don’t expect any finery at all. Your driver will arrive bundled up to the eyeballs, looking the size of a Yeti due to the layers of clothing. Now, during nice weather we do clean up a bit (at lease some of us do) so your driver should have on a white shirt, maybe a jacket or vest, cowboy hat or if you get Jason he’ll arrive wearing a Dickens era cape and top hat. He always reminds me of the Bud Lite Here’s to you, Mr. Horse Drawn Carriage Driver commercial. Anyway someone will show up, on time, wearing clothes, we hope, with a horse and carriage.


Now, upon the arrival of the here-to-fore mentioned horse/carriage/driver, you are expected to get your ass out of your reception and get in the ^!*%#@ carriage. NO WAITING! We are busy, busy people, carriage drivers are. We have lots to do in a day, which may include but is not limited to: slowing traffic down to a mind numbing crawl (and if you honk at me, I’ll make Tony go even s l o w e r, and I bet you’ll think that it wasn’t possible, so nya!) We have gossip to gather and disperse, stories to tell, rides to sell, people to watch and then make hilarious and/or catty comments about, panhandlers to turn down, pedestrians to try and run over, and to top it all off we double as the fashion police. So, hurry up! And if we cool our heels (all six of them) more then ten minutes or so I get to charge you wait time, like a cab driver, but mine is about $1.30 a minute. So might I suggest that you peel Great Aunt Agnes off of you and ship her to your Mom. You gotta go.


Sometimes your family will feel the need to accompany you to the carriage and show their love, devotion and happiness for your marriage in various ways. Traditionally, rice was showered upon the bride and groom but someone said that it killed the little birdies so people stopped. Then they started throwing bird seed at the bride and groom but someone said it made the little birdies obese and lazy because they weren’t out gathering their own food and then the birdies started hanging around weddings with little birdie panhandler signs that said “Will peck for seed.” Oh, no, wait, that was a cartoon I saw.


I think I’m becoming hypoglycemic…That or I ordered a double mocha peyote latte at Starbucks and I don’t remember.


Anyway, bird seed, rice, flower petals, bubbles, all that crap is fine. I don’t have to clean it up, and the only birds I ever root for are the family of Peregrine Falcons that live on the side of Joseph Smith Memorial Building and eat the pigeons and sea gulls. But don’t, and I’m not kidding here, don’t get the brilliant idea to use SPARKLERS as a going away salute!


Sparklers, you say? Why, that would be lovely. How romantic to send off the bride and groom using HOT METAL STICKS COATED IN GUN POWDER THAT ARE ON FIRE!


Can you tell I feel strongly about this issue? You wanna know something? It’s not me, I love fireworks. We go out of state and buy the good ones. Oh no I don’t do that that would be illegal. We buy the crappy weak ones and put on a little display in the driveway every year…But half of the carriage driving equation is the horse, and you know what?


Horses, it turns out, are not big fans. They don’t like fireworks; the smell of sulfur, twinkley things that shoot out sparks, the sound of sparklers (sounds a bit like a rattle snake), bright shiny things or stuff that is on fire.


Make a note of that last item.


Okay, is that clear? Because if not, then let me explain: Horses do not like things that are on fire! End of story. Horses are not people, you cannot reason with them. It’s like having a 2400 pound toddler pulling your Radio Flyer Wagon around.


They don’t like Mimes, either, but neither does anyone else and few people throw Mimes at the bride and groom these days anyway.


So, when choosing your method of sending the loved ones away to their final destination, ask yourself; Do you feel lucky, kid? Because a calming, romantic carriage ride after the stress of a wedding and reception is a wonderful way to decompress and end their day. Sparkler-less.


Of course they’re really going to end their day boinking each other into oblivion, but you don’t want that mental picture. So just keep thinking about the golden carriage and the four delicate white horses high stepping it off into the sunset.

Leave the fireworks for their hotel room.