The importance of cross training...

I’ve been a carriage driver for over four years now, and in that time I have done a number or fun, weird, wacky, and interesting events. I usually drive a Vis-à-vis 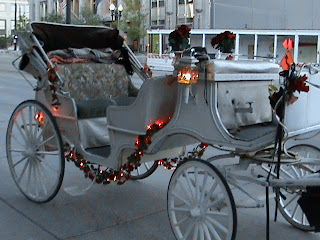 (the style of carriage you typically see in the carriage trade) but I have also driven a wagonette on occasion. A Wagonette is a much larger, taller vehicle with a higher center of gravity (Translation: topples easier at high speeds and sharp corners, but luckily never with me driving) and it can hold 8-12 people, depending on size and how much grease you use to pack them in. 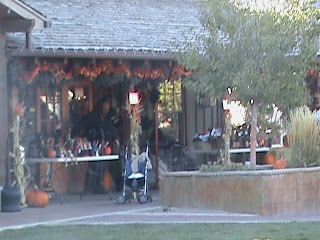 This month I have been working at Gardner Village, a quaint old mill once owned by Archibald Gardner. The property was turned into a series of boutiques that sell everything from Christmas ornaments to home furnishings and accessories. There is also a yummy but overpriced restaurant and a bakery that sell the best damn chocolate cake donuts I have ever eaten.

And if you’ve ever seen me then you know, I’m a donut connoisseur.

Anyway, October at Gardner is Witch Month. They do a great job decorating the village with witches, and the store employees get into the spirit too. We (the carriage company I work for) have been contracted to provide an amusement entitled “Ride with a Witch”, where, for a very nominal fee, you and your children (and twice now, a dog) can go ‘round the village and be entertained by one of four witches. 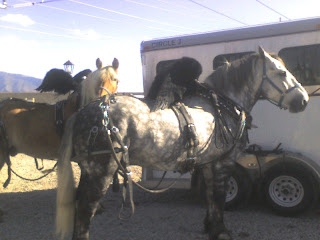 Some tell a story or sing a song, one makes the wagonette occupants perform in a “Rat Choir” (my personal favorite, especially when I get to yell “More rat! More rat! Like some people want “More cowbell!) And one tells terrible jokes. 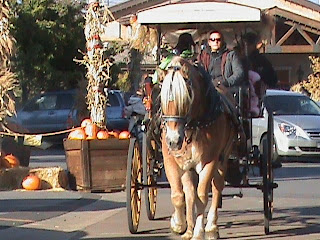 We do this on Monday, Friday and Saturday nights, but this past weekend was Witch-a-Palooza 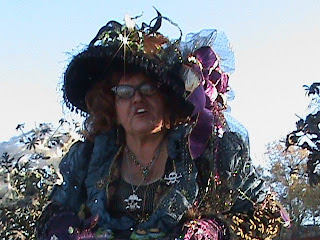 and we had to run a hayride pulled by a tractor out in a field because the parking lot was too jammed full of cars and people to drive the horses and wagons in.


Originally Ro, barn manager extraordinaire, and her boy toy Steve were to be the people running this gig, but then it was changed to Ro and I. I was elected because besides being able to drive a carriage I know how to drive a tractor.

You see, I had a farm once, and the tractor I had was almost identical to the one we used to pull the hay wagon around. 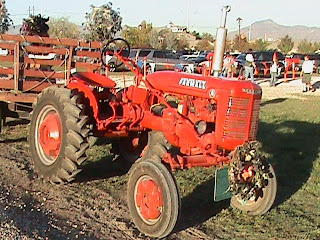 I owned it when I lived in Missouri, and every female friend of mine either owned a pickup truck, a tractor, a horse trailer, or all three.

So, instead of having time off, I got to work at Gardner with Ro all weekend. Yay! For me. 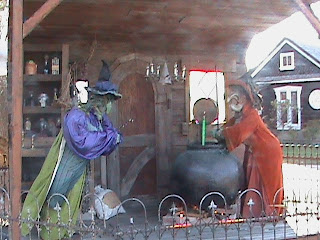 First, for the life of me I cannot imagine how any farmer was able to do this mind numbing crap for hours on end without an iPod. There are only so many cartoons I have stored in my brain that I can pull out and watch during times of coma-like activity. And never could I have imagined going through my entire Ski playlist in a single day.

The difference between driving a tractor and driving a carriage is that after about the fifth time around the horse “gets” it, and you can pretty much go on autopilot. A tractor, no matter how many times you go around, never does. You still have to steer it.

Some people would probably disagree with me but I prefer the smell of horse exhaust to tractor exhaust. At least with a horse it’s not a continuous emission, unless you’re driving Cletus. But at least he has good rhythm. 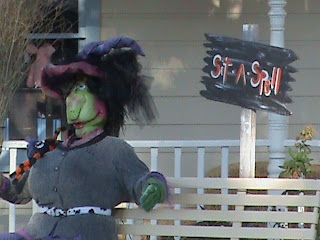 My triceps are going to have a very nice cut to them, except the right one will be huge so I will look freakier than I usually look.

I average going in the same elongated figure-eight 50 times a day. I’ve memorized where all the rocks are. Just like downtown, where I’ve memorized all the potholes.

When the price of something is “per head” that’s exactly what it means. If it has a head, you must pay. On the upside, headless children are free. It is, after all, a Halloween-themed ride. I chided Ro for not charging the people who brought their dogs.

My rides are slightly shorter than Ro’s because she’s afraid to take it out of 1st gear into 2nd. But she’s learning; she’s already found out how important cross training can be. 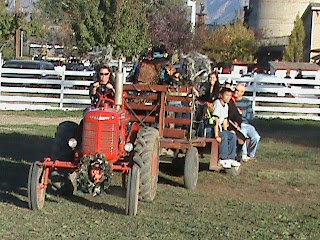 Ro driving the Farmall. One day she will make the jump into 2nd gear...
Posted by Lisa Deon at 2:49 PM

Nice pics! Jerry has greyed out a lot!