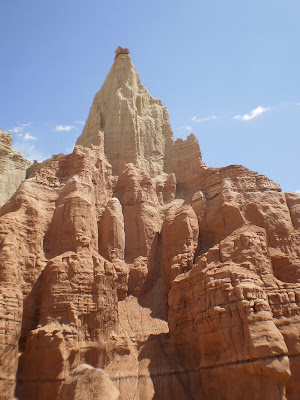 At Kodachrome Basin State Park we drove around for a while and then took a hike.

At one point we let The Kid drive (she has a permit, God help us…) 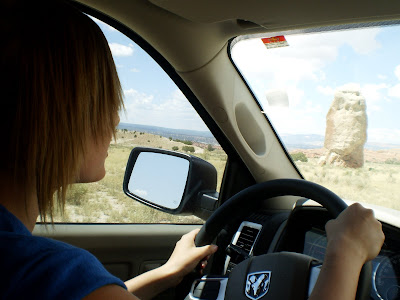 because the park was fairly empty and we were on a deserted dirt road. It surprised us that this park was so empty but the ranger at the gate said because it's so hot here in August the park gets little traffic but it picks up again in September. 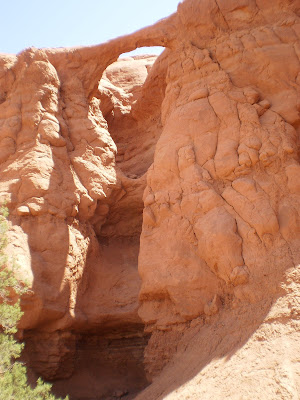 Named for the Kodak product, because of its photographability (I know it's not a word, but you get the point!) I found it ironic because they just recently quit manufacturing that particular line of film. 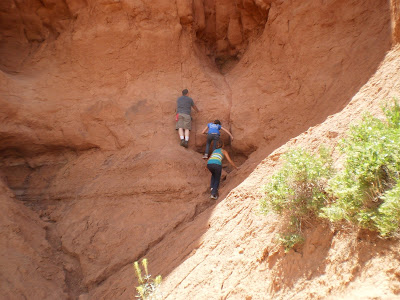 So, once again, beautiful. Empty. Colorful. And then of course, because despite our ages we're really immature, we giggled all the way out of the park because of one particular stone…structure. 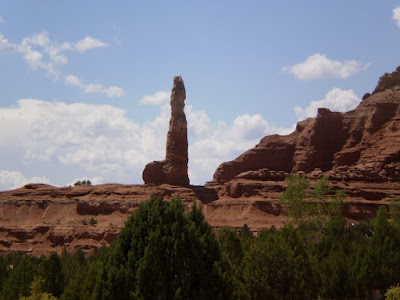 Regards creativity and imagination from pictures of José Ramón