November, for those of you who don't swim in the literary pool, is National Novel Writing Month The idea is you can turn off your internal editor, sit in front of your keyboard, and pound out a 50,000 word novel in 30 days. And yes, I do know people who have accomplished this, but I am not now nor will I ever be one of them. 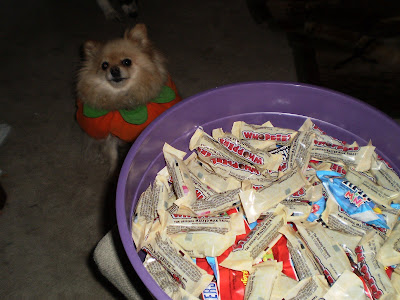 No NaNo Candy in this house

One reason is, I'm not much of a "joiner." The few organizations I belong to require me to do the least amount of participation possible, with the exception of the RWA chapter I'm a member of and they just elected me treasurer, silly fools.

For example, I am a member of the DAR; Daughters of the American Revolution, and only because my mother did all the genealogy work, and, as a member, (and in return for my $51.00 a year membership fee,) my daughter is eligible for scholarships. Otherwise every email I get, which tend to be nothing more than prayer requests for members living in Arizona (I'm a member of my mother's chapter. Don't ask, it's a long story…) go directly into the recycle bin unread. Because I. Don't. Give. A. Crap.

I'm also a member of the League of Utah Writers. It was the first writing group I joined and the two best things I got out of it were my friend Doree, and the critique group I belong to. Otherwise, I don't attend any of the meetings anymore because, well, it's a long story. Again. Mostly it has to do with good stuff on television on Thursday nights and a lack of learning anything new. Plus they don't have a bar, even a cash one. And when I did attend there was a lot of eye rolling involved on my part, and I didn't want to pull an eyes muscle. So I still pay my dues, but mostly to pad my writing resume with the "Member of The League of Utah Writers" credential.

I'm also not much of a people person. Well, "normal" people, anyway. People who have feelings. If you're snarky, crude, have a warped sense of humor, and write "Mock People" at the top of your daily "To Do" List, we'd get along just fine. Otherwise, if you're looking for a BFF who helps boost your moral and self esteem, will hold your hand while you cry about your last poorly ended relationship, and wants to spend hours chatting about your hopes and dreams…not so much. I'm more of a "kick you in the ass to motivate you" kinda gal. Always have been. That makes me rather unpopular in certain circles, which is why I avoid joining circles whenever possible. I also, by the way, detest baby showers.

November will never be a good month for me to do anything as long as I'm still working for the Carriage barn. December, either. I go from being a slug, working maybe three days a week tops, (and only when I feel like it,) to being a full time employee. (shudder)

I know, I can hear all of you people out there who actually have real, full time jobs wringing your hands and crying for me.

Wait, no I can't, because you're not. You're mocking me in a funny sarcastic voice, "Oh, poor baby, has to work full time for six weeks, let's throw her a pity party…" Which is fine, I can take your ridicule, because trust me, I know how stupid it sounds. And I ridicule myself, often, because I deserve it.

But to get back to my Nano thing, November is a busy month for me so adding writing a novel into the mix is just never going to happen, because it would start out all funny, energetic and sweet and end up all bitter, foul and nasty. Sort of like how I start out November. Without the sweet part, of course. Plus you do it as a group, reporting your daily word count and touting your accomplishments, and I as said in the beginning, I'm not much of a group person. I'm more of a hunched over, admiring my precious, leave me the f*ck alone person.

So, in the interest of public safety, world peace and not contributing to the local homicide statistics, I'll stay out of NaNoWriMo, again, and stick to carriage driving.

You can thank me later.
Posted by Lisa Deon at 9:02 AM

Hahaha. You got me. I'm not a joiner either, unless you count the Marines and this lifelong marriage thingy. I'm in it (NaNo) for my own sweet self, because I figured out this is going to keep me from having to cook one damn thing for Thanksgiving. I type all day, making a record of the voices in my head, then at dinner time I show my family how my fingers are gnarly claws, and somebody calls for Chinese! Tell me this does not totally rock. Yesterday my kid brought me breakfast--okay, it was from McDonalds, but hey, I did not have to cook it. They should have NaNo more often, if you ask me.

Tell you what, you can hold down the blogging fort this month. Hehehe.

Today we realized the puppy has figured out how to open her crate from the inside. Have you ever seen a movie called Jurassic Park?

I'm not a fan of the Nano program myself.

It's too much to fast. Never lets you rest or clear your head.

I didn't really join a group so much as utillized a system that worked for me. Took me 5 months but my novels done, and I didn't go insane. Well, not completely.

Does The League of Utah Writers actually help the resume?