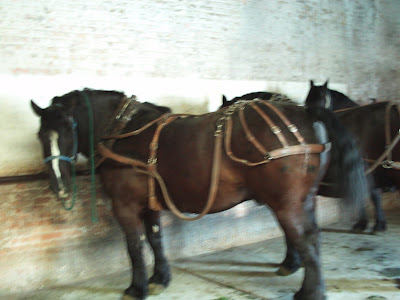 Charlie all dressed and ready to visit Park City for his movie role. I hope they're filming in "wide screen". they'll need it to get all of his butt in the shot...


I've probably mentioned this before, but besides carriage rides around town, weddings, engagements, and the odd specialty like the Pirate Gig Ro and I did last August, the company I work for occasionally is hired out for movie shoots. 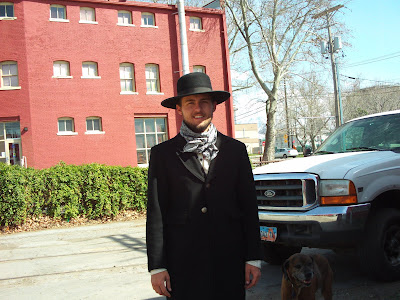 Hardrock being upstaged by a smiling, happy-to-be-alive Harley in the background.

One night last week they filmed up at the local amusement park, Lagoon. This past Saturday they had to load and drive up to Park City for the same film. Hardrock and Coco, part time stable employees (ie whenever they need someone to do something goofy, and they have to be boys, as opposed to asking Ro and I) were part of the shoot. Hardrock got the horses ready 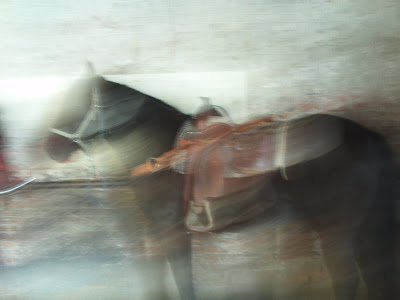 No, it's not snowing, there wasn't enough light apparently.

and then changed into his costume. Here he is, in all his western splendor (it's not a western but it is a historical so there are period costumes involved.) 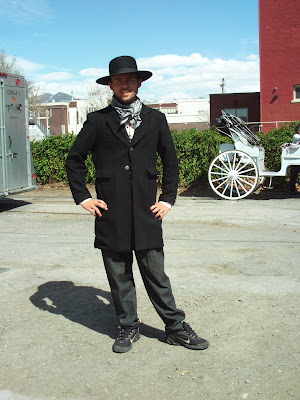 And he looks pretty good, considering he's driving the vehicles and being a stuntman. But he did sneak a little "modern guy" into the mix.

I hope they don't shoot any close-ups of his feet… 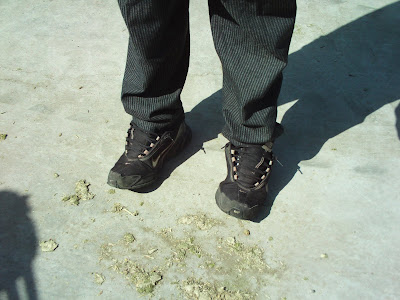 One time they made me take off my glasses for a shoot. I had progressive lenses. They got all bent out of shape that I was wearing sunglasses. Fortunately, Jim and I did just fine without the shades.

Is the blurry saddle horse, Bill?

I have no idea what that saddle horse's name is. I do know that it is not Frank or Raven. Otherwise, IDK.

Tee hee, yeah, the Nikes don't quite go with the rest of the outfit. But comfort is important, now matter the era. Is this a movie that will hit the theaters? If it's got big butted horses in it, I gotta go see it.