"Firefly", Stan and the New Girl

I'm watching all the episodes of "Firefly". I love Nathan Fillion and one of the writers at the retreat recommended it for the stories and dialogue, so when I saw the entire 14 episodes at Sam's Club for $18.88, I purchased it because I'm too lazy to hunt it down at Blockbuster. Plus I gave Adam Baldwin a carriage ride a while back and was shamed because I couldn't remember his name or the work he's done, except "My Bodyguard" which was made a jillion years ago, and probably directed by Cecil B. DeMille. And of course "Independence Day" and "Chuck".

My favorite line so far;

"If you take sexual advantage of her you will burn in a special level of hell reserved for child molesters…and people who talk in the theater."

It has an ensemble cast, which my WIP has. So the interaction between the characters is important. Plus, as the writer told me, it has horses in it.

Anyway, my friend ~A~ and I went to see Dreamer and Stan yesterday. There was also a new girl at the barn, and she's a beauty. 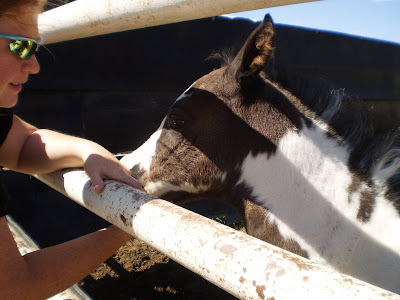 ~A~ and her hit it off right away. 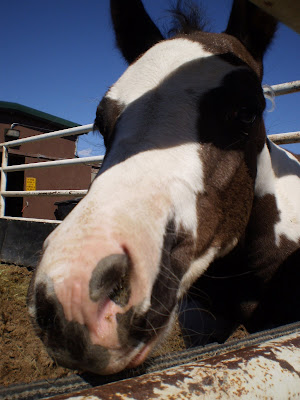 And like I said yesterday, I love the babies. 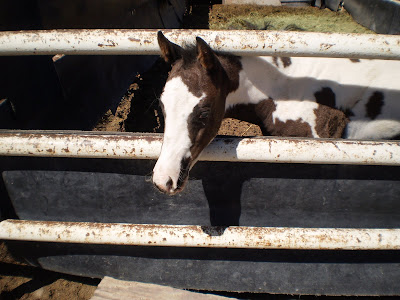 ~A~ brushed Dreamer while I took pictures of Stan and checked his progress. 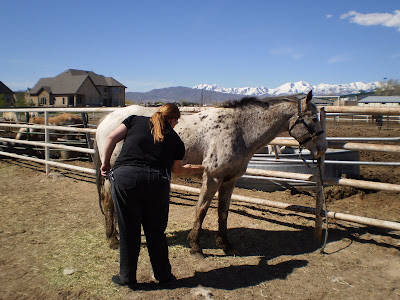 It appeared to me that he looks smaller and less oozy/angry. The swelling caused by the freezing treatment we had initially began has reduced a bit, so now we are dealing with the crusty yucky skin. 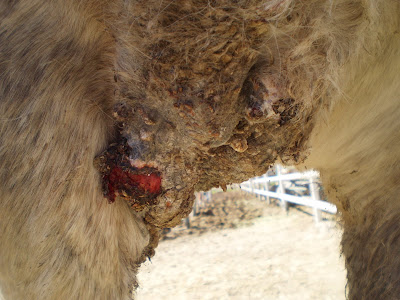 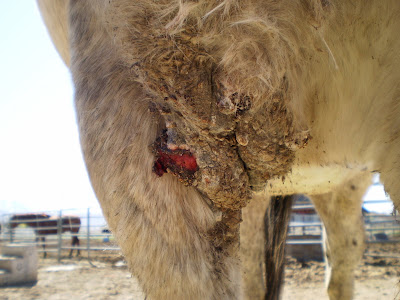 So the Xxterra appears to be doing some good. Next we moved on to the Formulin. Apparently it stings, because after I tried to apply it to the back of Dreamer's leg, he proceeded to smoosh me between his body and the fence, causing me to spill Formulin on my hands and arms. 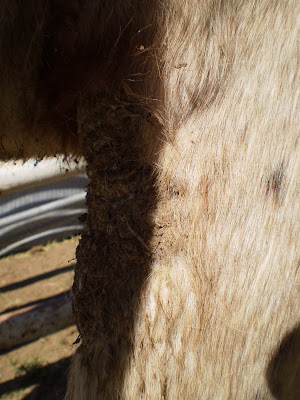 Not only does it sting, it also smells. Real bad. So I can understand why he's not too happy about having it applied. 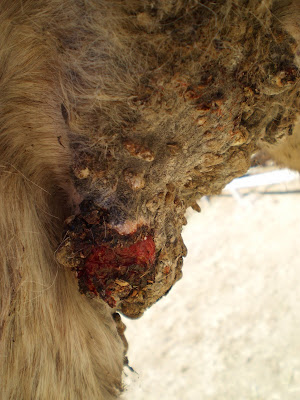 So from now on, it's Xxterra all the way. Because I can't take another Formulin bath again.
Posted by Lisa Deon at 9:22 AM

Bathing in Formulin -- ooooh, my, what lovely smell you have brought with you. Couldn't you just smell like old urine and hot feces? No, you have to add a lovely undertone to your odiferous self.

Cute baby, she's even a Paint!! Mine is still cuter, though.

Die Stan, Die!!! (and the scaly stuff on the back legs, too)

The worst part about the Formulin is that you taste it in the back of your mouth. Yucky.

Urine would have been a treat.