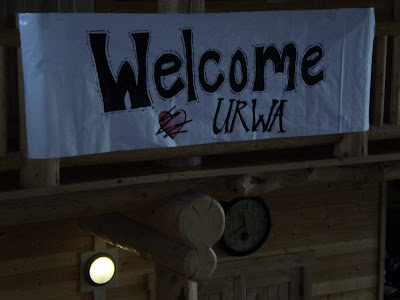 The Utah Romance Writer's retreat I went on this weekend was lovely. Hidden Springs Resort is a beautiful venue; a rustic lodge surrounded by acres of cow pasture and rolling hills. 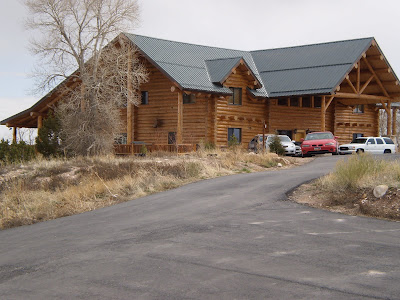 The company was interesting. Getting together with a bunch of writers was fun, and the conversations lively and entertaining.

Several of the women are going to a workshop featuring Bob Mayer and Margie Lawson. I told them to tell Bob that Slave Driver said "Hi," I met him last year at the Jackson Hole Writers Conference and I occasionally comment on his blog, not so much recently because he changed the format and it's all about his upcoming Who Dares Wins book and I'd rather talk about his fiction, either alone or co-written with Jennifer Crusie. But life is all about flux and you have to roll with the changes.

I've lived here in Utah for five years now, and have never driven out that particular direction. It was almost 150 miles one way, and Doree and & took my Jeep Wrangler which, while not the most quiet or luxurious ride, was a good choice once we hit the dirt road to get to the lodge. 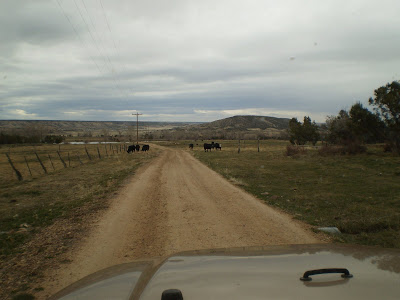 I had the soft top on the Jeep, and apologized to Doree for the noisiness. She stated that her Minivan wasn't much better.

I replied, "Well, at least your windows don't flap."

She conceded I had her there.

So here for your viewing pleasure are a couple of the photos I took. Besides my digital I also used The Husbands camera which is old fashioned film (Ugh!) and I won't have those processed until later.

This is from the rest area between Starvation Lake and Strawberry reservoir: 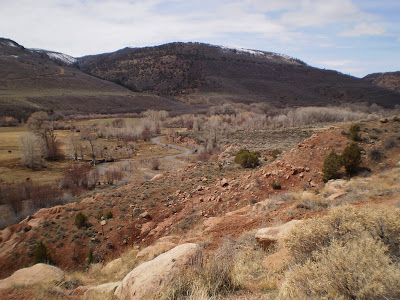 Weird as it seems this is one of my favorite photos.
I call it "Man Plans, God Laughs" 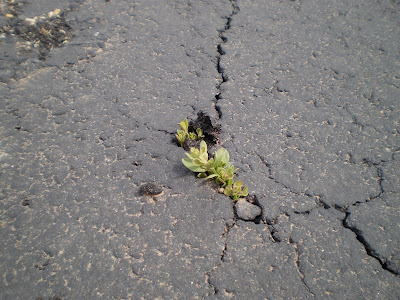 This is Strawberry Resevoir 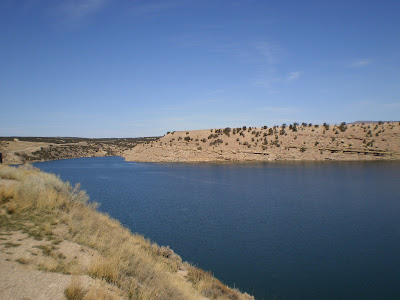 This cabin is just down the road from the resort 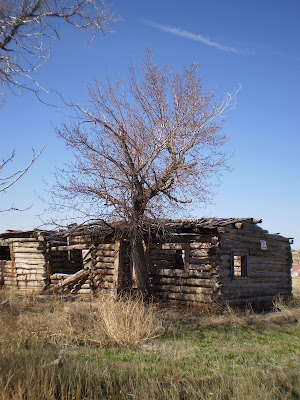 The pond in front of the lodge 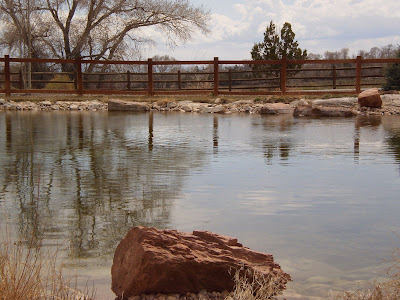 Visiting Dreamer is on today's agenda; I need to give him another Xxterra treatment and check Stan's progress.


Much catching up to do. I will post more later.
Posted by Lisa Deon at 8:39 AM

VERY nice recap---and pictures to boot!! I am a native and I have never been to Strawberry. Or Lake Powell. Bad bad Utahn. :)

Love the photos. Lucky for you there were no low-hanging trees. So, two questions: what did you learn at the conference, and did you bring me anything?

SUBORSED: A Cockney who forgot to tighten down that cinch, or cinch down that saddle, or saddle down that tight. An Englishman under an 'orse.

Allycen;
Baaaaaaaaaaaaad Utahan!!! But I've never been as far as Vernal yet, either. Not that Vernal is a big draw...

Dusty; I learned that I've got a lot to learn and when people find out what I do for a living they are either fascinated or repulsed. Apparently there is no middle ground.

Oh, yeah, I also learned that Doree snores.(I do too, but I already knew that)

And yea, I brought you a picture of the calf I've adopted in your honor. His name is Floyd and he's a Pisces.