I Got a Whole Lotta Nothin'... 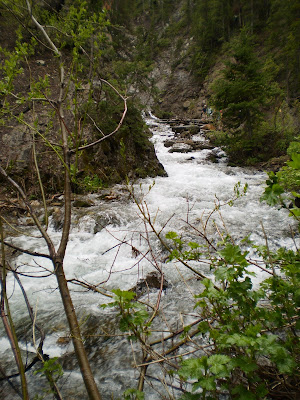 I've got nothing…Sorry, but my mother has been visiting for the last week; the only day I worked was this past Friday and you know how that went, and it's rained Every.Single.Day. for almost three weeks, which just makes me want to build an Ark. However, since Ark building is not my forte, lucky for me, I have a canoe. Three people and two dogs will fit nicely in the canoe. However, piloting a canoe has not been so good for me. The last time I used the canoe was on the Little Bear River up by Preston, Idaho, when I was with ~A~ and Wease. That trip made the movie "Deliverance" look like a church picnic. It's also the reason why my left ring finger is messed up. That means I can no longer play guitar, not that I was ever any good at it anyway. 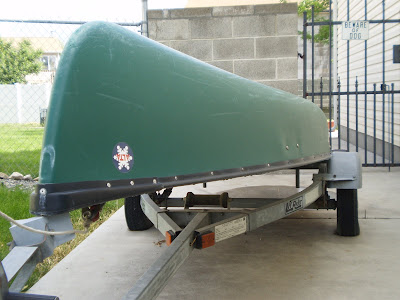 The canoe trip before the one where the Little Bear River kicked my ass was one up the Jordan River. We were still in a bit of a drought then, so Wease, The Kid and I spent a lot of our time carrying the canoe over the big rocks in the middle of the river. That was one loooong ass afternoon.

And while that trip was interesting (we saw a fox, a martin, tons of water fowl, a dead dog which totally grossed out The Kid, and about ten million orange golf balls) I seriously doubt we'd have that problem if we went out on it today. Plus, a boy fell into the river last week and they still have not recovered his body, so… I'm good right here on the couch. 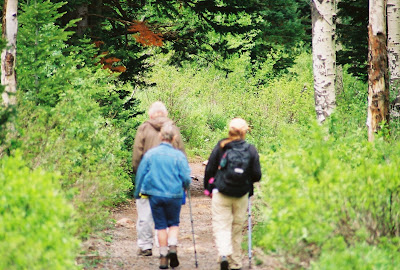 We did go for a hike on Sunday to Donut Falls. It's in Big Cottonwood Canyon, and the last time we did that hike was in 2003. For some reason neither Mr. Slave Driver nor I remembered that, while most of that is is pretty easy, the last 200 yards is a rocky, hazardous, slippery bitch. 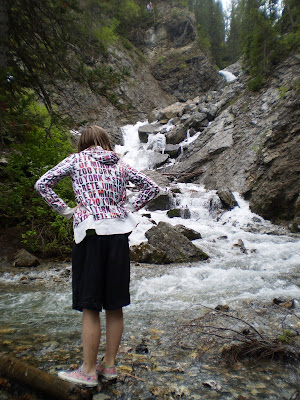 And since my 79 year old mother was with us, we did not reach the falls. 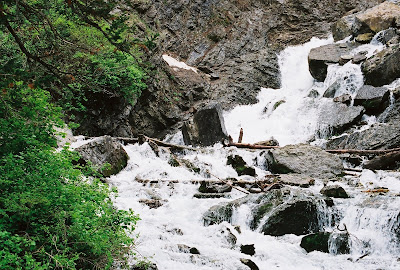 Between the rain, the swollen falls, and the way too hazardous rocks, we bagged it just short of our goal. 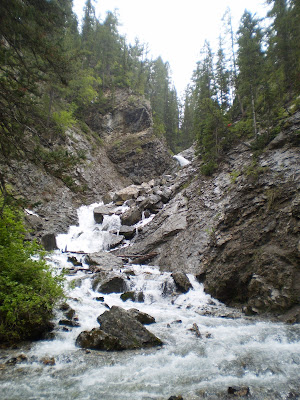 That's okay, we live to attempt it another day, when it's dry, and not so watery. But here are a few pictures. And the reason why I live in Utah. 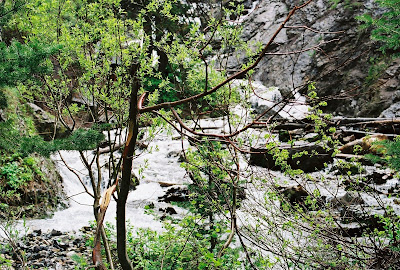 Gorgeous pictures. And your mother is a good egg for getting as far as she did. Seventy-nine!

I swear I'm gonna buy me a camera. Turning loose of money is soooo haaard, but to have pictures like that on my blog . . . wait . . . I live on the prairie. Whew! I get to keep my money!

And look at your dramatic visuals.
SOLLETAX: either a tax on sunshine, or VAT for eternity. Sheesh