Why I Hate ... Continued

Okay here's the deal; I was going to write about how much I love driving proposals, (not being sarcastic here, I really do enjoy them) but to tell the truth I'm not finished ranting about weddings yet, and here's why:

In five years I've probably driven 200 weddings. That's what you get when you own a Tuxedo jacket. You get to do weddings because you "clean up good." I tell folks I love this job because you get to be with people during the happiest times of their lives: Birthdays, anniversaries, etc. Let's face it, most people don't get downsized and say, "I just got fired, let's go on a carriage ride!" But, although happy for the bride and groom, weddings are stressful and take a huge toll on a person's limits, including mine. Someone read my previous post and called me "jaded" (they also were under the impression that I am a guy…) I don't consider myself "jaded" really, but I can be uber-cranky. (And of course let's not forget the whole "mouthy & opinionated" thing.)

I drove another wedding Saturday night. Not only did it suck, but it was weird. I'm not going to elaborate, just trust me…creepy and strange. And not in a "Spiderman marries Wonder Woman" kind of way. Just…odd in an "Oh God I wish I could shower right now," kind of way. It reminded me of the wedding I drove last December where the bride was a total bitch and married a guy who looked like if Rod Stewart and Skeletor had a baby, he would be it, and so obviously gay it wasn't even funny. 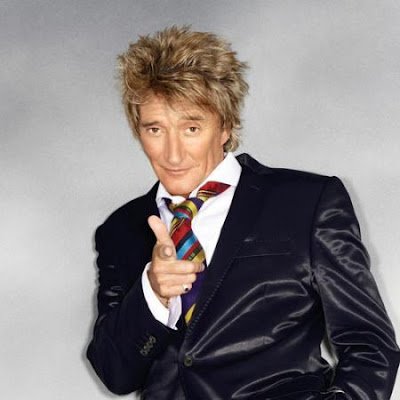 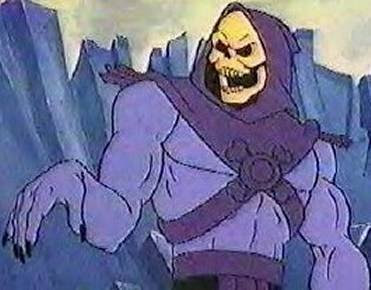 (Hint for future brides: If your man spends more time on his hair than you do, you might want to rethink. Trust me, seen it more than a few times.)

Crazy Shelley reminded me Saturday evening of another reason why I hate driving weddings and it comes down to a very simple thing; fireworks. And being that this is the kickoff to "Independence Week" I think it's fitting that I expound on the subject.

Unlike Peas and carrots, deep fried Twinkies and obesity, and Madonna and foreign adoptions, horses and fireworks do not go together. "Why," you might ask, "wouldn't an animal that operates on the "Fight or Flight" plan, weighs between 1500-2200 pounds, and has the reasoning ability of, oh wait, they don't have the ability to reason, not like fireworks, specifically sparklers?" 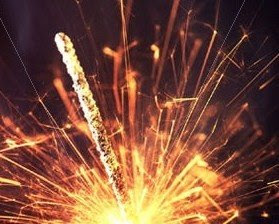 Because, Slave Driver replies, they just don't. There are some things you do not argue about, and horses and sparklers is one of those things. Never mind that they smell like sulfur, sound like rattle snakes and are on FIRE, but we just don't use enough sparklers around the horses on a daily basis to acclimate them to the hullabaloo.

So, imagine our chagrin when, after being hired to pick up a B&G from their nuptials, we arrive to find the front of the building looking like a Michael Bay movie set. People line the walkway, holding sparklers over their heads (burning temperature, BTW, approx. 1800 - 3000 degrees) in a configuration reminiscent of a sword arch in a military wedding, cheering as the bride and groom (in expensive and/or rented clothing) walk underneath the flaming sticks and get into a vehicle powered by an animal who is now completely unhinged. An animal who, up until our arrival at Casa de Pyromaniacs, was just fine, but now wants to be any freaking place but there!

Crazy Shelley and Bob had just that experience the other night, and it surprised me because some time ago The Barn placed a moratorium on firework pickups. In fact I believe the direct quote was "If you have sparklers, we won't be there." I think we should use it in our advertising.

But, any way you look at it, fireworks and horses do not belong together, and we try to keep them separate as much as possible. Some of our horses don't even like bubbles, but that I believe is a personal preference. And at least people have stopped throwing rice, which I'm sure Charlie Horse is sad about because knowing him, he'd be all over the sidewalk scarfing up the grains as a snack.

And I promise to talk about proposals soon, because they really are fun, and not rant-y at all.

For more information about the exciting world of wedding carriage driving, direct your browser to this classic gem from May of 2008:

The Wedding Crashers
Posted by Lisa Deon at 10:05 AM

I had never noticed how gay skeletor looks.

Weddings are such a hectic time. They are the leading cause of divorce.

Yes, I am tired, yes, I do think that I am funny

Oooh, just caught a grotesque typo BEFORE I hit publish. Noticest instead of noticed. That would have been bad. Did I mention that I am really tired?

umist --- An inaccurate attempt at hitting the intended target. "You may have attempted to run over that small yapping dog with the carriage wheel, but umist."

OK, I know this post is a little old now, but I just stumbled upon this blog and I can't stop laughing.

I drive carriages in Savannah and it seems we have many of the same experiences. We have had this problem with sparklers too. In fact, it happened enough times that there is now a clause in our wedding contract that basically says sparklers are not allowed. If they bring out the fireworks anyway, we then reserve the right to leave their asses on the street due to breach of contract. We haven't had this problem in a very long time because we never stay out late enough to pick up a wedding after the reception anymore.

However...
A friend of mine owns another carriage company that contracts out to do remote weddings at far off locations for lots of $$$. She booked a wedding at a huge old plantation, but something came up and she couldn't go. She begged my friend and I to do it. We did, under the condition that we got to pick a different horse (hers is a little unstable). Thank God we did. We took our huge, white, easy, perch mare named Sox.

We ended up having to stay for the whole thing, reception and all. When we got there, Wedding Planner informed us of how we would be picking up the B&G after the reception. The road to the house would be lined with sparkler wielding guests. We were screwed. We couldn't back out now. There was no contract. We said if the horse wouldn't go down the road, B&G would just have to walk. Wedding Planner huffed and didn't believe us. Sox has been known to balk & suddenly jackknife and certain things and completely ignore others, so we had no idea how she would react. We took her back to the trailer at one point to feed her & lit a sparkler next to her to see. She looked at it, and resumed eating. Good sign.

The time came. I drove, and my friend was on the ground, in case he needed to grab her. We reached the Gauntlet of Fire and Sox stopped. I gave her a good tap with the whip and said "Walk on mare". And she went. All the way down the road, picked up the B&G, rounded the fountain and back out. Surrounded by fire the entire time, and except for the one moment of hesitation, she never batted an eye. We couldn't believe our luck.