Things To Do In Bicknell When You're Dead 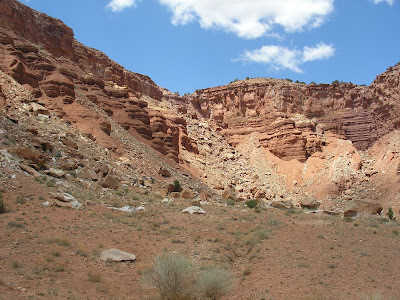 You know it's going to be one of those days when you notice that your first blog visitor in the morning is from Holy See (Vatican City State) and they found you by searching for "Crackhorse."

I was going to visit Dreamer, pay board and check on Stan, but the sky darkened, the thunder boomed, and we were deluged by monsoons (I live in the desert, and unlike Arizona, we don't have a "monsoon season", but unlike when I lived in Missouri, at least here a thunderstorm is just a thunderstorm, not a potential Tornado Storm) so I bagged it opting for a Thursday visit. Instead, I decided to do some research about the town of Bicknell, Utah, which I've chosen as a possible setting for a new story I'm working on.

In April of 2006, prior to Jumping-Percheron's Stacey leaving for the Air Force, several members of our carriage driver tribe went on a camping trip to Bicknell. We stayed at a youth camp, not yet opened for the season, owned by some friends of Wease. It's located on the edge of Capitol Reef National Park; 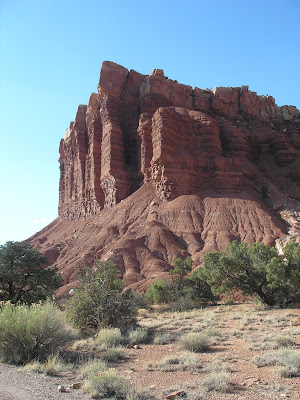 a rugged and beautiful area of Utah.

Every year the local theater (there is only one in all of Wayne County) sponsors the Bicknell International Film Festival, and part of the activities involve "The Fastest Parade in the World." The road between Torrey, where the parade begins, and Bicknell, where it ends, is about seven miles long and pretty much all highway. The participants drive 55 miles per hour, so you'd better make sure that your "Floats" have all their decorations wired down tight, and any beauty queens riding on them fasten their tiaras to their skulls with an industrial size staple gun. I would have liked to attend this year, purely for research purposes (okay, it also sounds like a riot, and I'm all about fun stuff) but looking at my calendar I will most likely be back in the Chicagoland area to attend my 30th high school reunion. But I needed to find out when the BIFF is, so I was researching.

My research brought back many fond memories from that trip. The drinking, 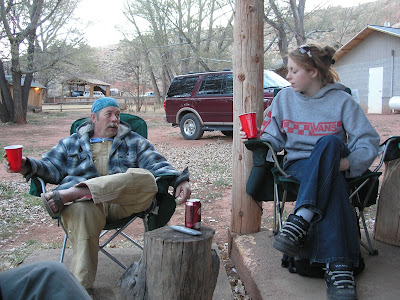 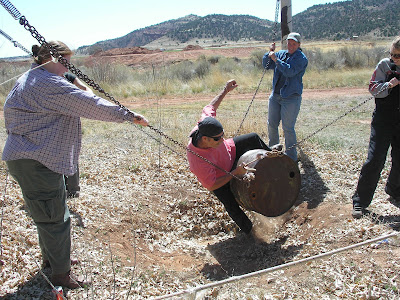 the drinking, the trail ride, 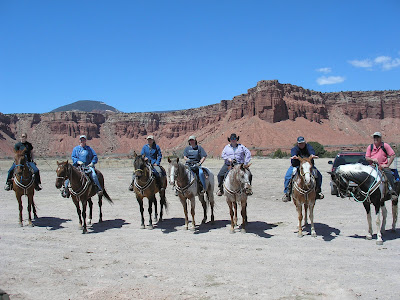 the drinking, Stacey's midnight visit to the emergency room in Richmond for kidney stones, the drinking, and of course Kampfire Karaoke, which Stacey and Michelle missed because of the emergency room trip. Michelle, sister to Belle's Personal Assistant, was elected to drive the 75 miles to Richfield, Utah, because she was the only sober person in the camp. See? That's what you get for being Mormon; you are, by default, the Designated Driver.

Upon being advised by medical personnel that Stacey was, under no circumstances, to return to our secluded campsite (because if her fever spiked her next trail ride would be in a Lifeflight to Provo) 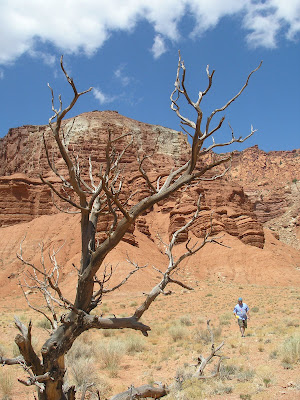 , Michelle and Stacey returned to Salt Lake, arriving home sometime around 2:30 am. This saddened us greatly, that is when we sobered up enough to realize that they would not be returning. It also left us with a rather huge dilemma, best explained with one of those annoying math "story" exercises:

Michelle owns a big Ford SUV and transports herself, Stacey, Oli, and ~A~, along with all of their crap from Salt Lake City to Bicknell. 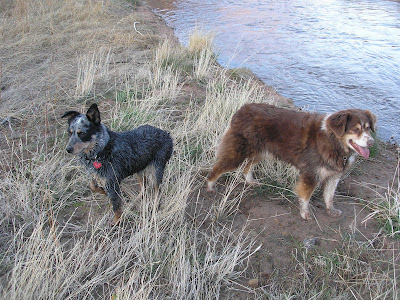 all their crap along with two saddles, all the food/cooking supplies, and of course the Karaoke equipment from Salt Lake City, to Bicknell.

+ Bill owns a Honda (car) and transports himself, all his crap and a bunch of his gold panning crap, from Salt Lake City to Bicknell.

-If Michelle and Stacey return to Salt Lake City in an empty SUV, leaving Oli, ~A~, and all of their collective crap back at camp; how long will it take for the balance of the group to pack up all of the residual belongings and equipment into the two remaining vehicles?

=Answer: About 2.5 hours, as long as at least 3 out of 5 members of the group are really good at the game "Tetris."

(Edited to add: I spoke to Ro this morning and am sad to report that the intrepid Max went to greener pastures today. He was loved on by Ro before he went, and his journey was gentle.)
Posted by Lisa Deon at 9:30 AM

Because that was then entire purpose of that weekend...

Max was a darn fine horse. The first time I drove him, he couldn't figure out how to stick it into "drive" he only knew reverse, which is not that much fun in a surrey without a fifth wheel. It took my size ten boot connecting with his gargantuan butt to realize that "walk on" means forward, not full speed reverse. I never had a problem with him reversing like that ever again.
Max could count. He would only allow 6 people in his surrey. He would stop and wait for people to get out if they tried to put more in.
Max was an awesome horse until Sally, his teammate died. Then it was like a part of him died, too. For years it was like driving a zombie. He started coming out of it and was great for specialties that required a "dead broke" horse.
I am really glad that he is finally with Sally again. Farewell, Maximus. Take good care of our fallen drivers that need a good horse.

We spent some time on Memorial Day discussing Max. Both Steve and I agreed that our favorite trick of his was when he would swing his tail and trap the line (always the right one) between his tail and his butt then pack it tight!

Simple, yet effective. That was Max.

Sorry to hear about Max