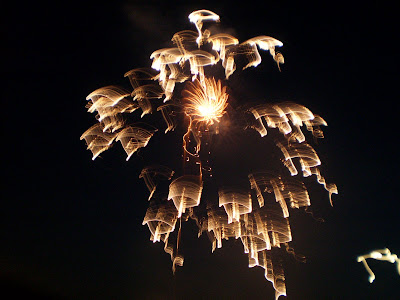 Fireworks on the Fox River to celebrate Founder's Day

There are so many things about the Midwest that I missed without even knowing that I missed them. While here I am spontaneously reminded of those small touches that accompany living here. While waiting in heavy traffic to make a left turn a driver will stop and wave you through. People hold the door open for you and smile when they talk to you. 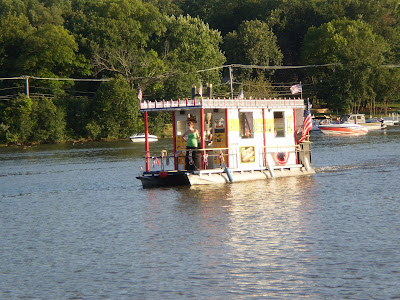 This is a floating ice cream stand. Up on the Chain-o-Lakes there is a floating hot dog stand too. They have a bowl attached to a stick and that's how the product/money get passed from stand to customer.


At the marina yesterday during a downpour a man waiting in line for the bathroom, who happened to be holding an umbrella, stepped closer to me and held his umbrella so I was covered too. Then later, while standing in front of the bathroom yet again, waiting for The Kid, another man asked if I needed the door unlocked (there are "public" restrooms and restrooms for slip holders. I had the slip holder key but he didn't know that.) My brother, seeing another boat pull into the dock, ran over to the slip and helped the owner maneuver his pontoon in.

You get the feeling that since we are all stuck in the Mid-west together we might as well make the best of it. There is a joke that goes, "You know you're in Chicago when, if while shopping at Lowes, a guy helps you collect all the supplies you need for your project, and he doesn't even work there."

The things that I do not miss: Toll booths, Mosquitoes so big you can saddle up and ride them, humidity so nasty that it makes my hair go all frizzy and curl up, and this: 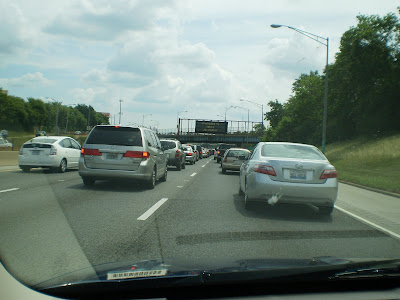 The Kennedy "Expressway", at a dead stop.

And I have to say that I have not seen so many Cubs shirts or "Old Style" signs in a long time.

It's good to visit. I'm downtown now for the next few days (my younger brother lives behind a "Brown Line" stop.) 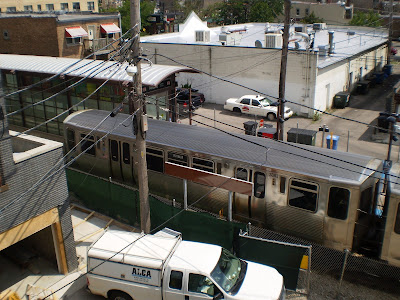 And I think tomorrow it might be Field Museum Field trip.
Posted by Lisa Deon at 1:43 PM