The people who work with me know I am infamous for two sayings:

"Everybody has a "once-upon-a-time","
and
"This is not my first Rodeo."

The first meaning, "We all had to start somewhere" and the other "Been there, done that."

Which really have nothing what so ever to do with this post except that I went to the Rodeo last week and it was not my first.

We go to this rodeo every year because 1) it's relatively cheap 2) it's very close, and 3) we usually don't have anything better to do anyway.

I like the rodeo because, unlike most of the other people there, I cheer for the animals. So, when a bull bucks the rider off in under 8 seconds, or a calf refuses to be thrown to the ground and hogtied, I'm over in my seat saying, "Yay! Go steer, go steer!" and doing the "Cabbage Patch" while those seated around me look on with distain. I don't care, it's my rodeo too, and if I want to cheer for the animals, try to stop me. And besides, I use to own sheep, which I had to shear, which is like trying to hold down a fuzzy, kicking, 120 pound sack filled with Jell-O, and shave it. So yes, I have been there and done that.

Anyway, here are my rodeo pictures, and a little video I took towards the end when it was Bull Riding time. 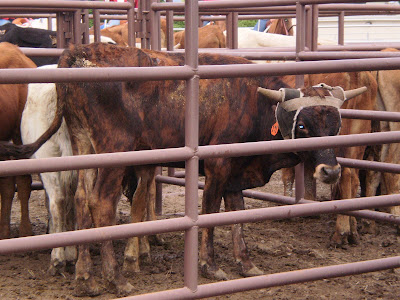 I love the little guys. Here they are wearing their party hats to protect their noggins and horns. 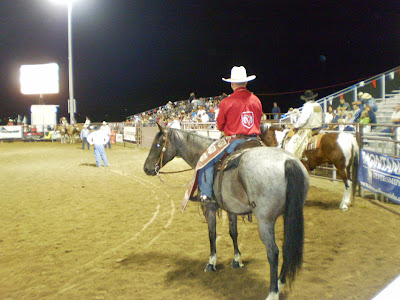 The catch riders go out and pickup the cowboys after they've ridden the Broncs or the Bulls. They get to ride alongside a still bucking horse and pull the strap off that makes it buck. Yeah, that looks like fun... 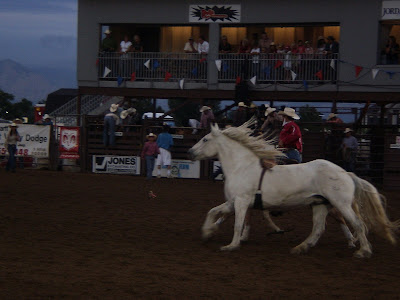 This was a bucking Bronc (as opposed to a "Saddle Bronc" ) 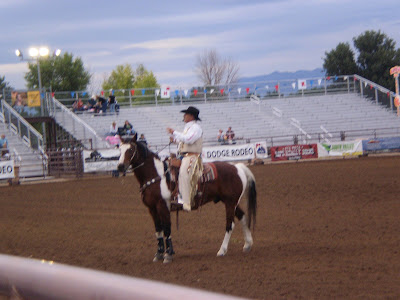 It's always the same announcer every year, but this time he had to borrow a horse because his wasn't feeling well. He favors Paints. 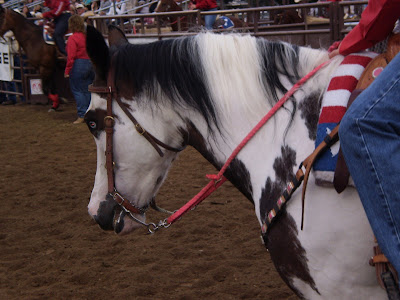 This is one of the Drill Team horses. Drill team is tricky. My horse Dreamer did Drill Team for about a month. He wasn't a big fan. 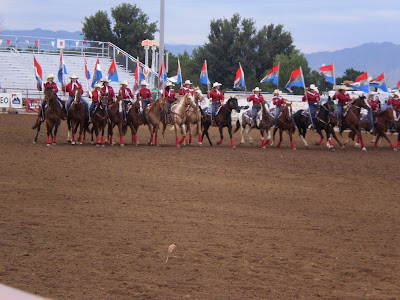 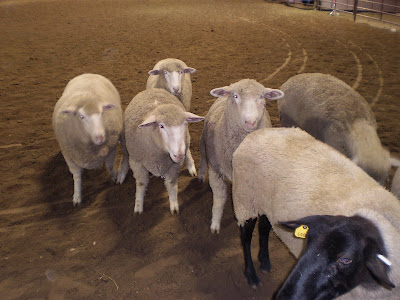 The "Mutton Busting" is by far our favorite because we used to do it on the farm, for reals. These ladies stopped by for a visit.


Here we have a bronc rider doing a faceplant 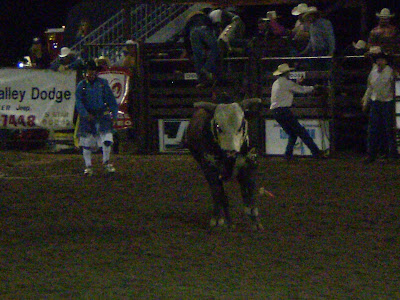 And here we have a bull getting away unscathed 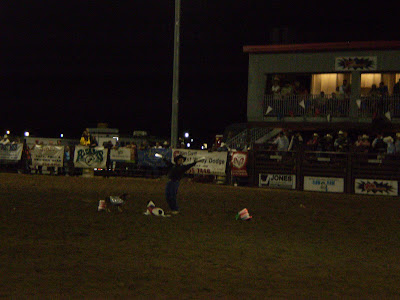 So the "Break Entertainment" was J.D. Platt and his Amazing Dogs. For those of you who don't watch reality television, J.D. Platt and his dog Galaxy were on a show called "America's Top Dog" which was a competition for dog trainers. *We* got sucked into watching it because there was a Pomeranian and a Border Collie; both breeds co-habitate with us so we considered it "friendly competition". I'll say this about J.D. Platt; He can throw a Frisbee hella far. Otherwise, his show was kinda meh.

And now, "Revenge of the Bull"

Watching the bulls get the cowboys is one of my favorite things, too. Its kind of like why I watch NASCAR -- for the wrecks!!! It sure was a beautiful wreck at Daytona this weekend.

I love that. "This is not my first rodeo." Going to have to remember to use it in place of, "I did not just fall off the turnip truck."

In truth, I've never been to a rodeo. Sorry, city girl. Well, suburbia mostly. Not sure there are rodeos in NC.

I can understand and appreciate the concept if it's guys (and women?) who do that kind of stuff on daily basis on a ranch or wherever and they're just cutting loose with each other and demonstrating skills learned over the years on the job. But guys who do these things JUST so they can perform in a rodeo? And who really work in an office? Um, not so much.

But I do love me some cowboys. The real ones. There's just something about them. Thanks for the pics!

Absolutely right, BCB--we would NOT want to encourage folks to pursue hobbies not directly related to their day jobs. Really, there ought to be a law.

SD--you sheared your own sheep? Whoa.
Love the post.

In an era that is assumed to be marked for a blurring of regional cultural distinctions it's Interesting that an idiomatic expression, that is so popular as to be almost passe in one part of the country, is unheard of in another.

Anon (that your real name? parents had a strange sense of humour, yes?): Hobby? Huh. Never thought of it that way. Maybe it's because I've never been to a rodeo. Or met a real cowboy. Yet. I just still cringe remembering that movie (and song) with the rhinestone cowboy.

Wasn't criticizing those with "hobbies" so much as I was expressing admiration and respect for the real deal. I like people who are the real deal, regardless of profession. Like SD.

Since this entry is over a year old I don't know if you'll see this but I'll try! Have you heard the phrase, ' I've been to 2 county fairs & and a goat ropin, but I've never seen...'
I love your blog!

Nope, I get all comments to all blog posts no matter how old. Thank you for your contribution. Feel free to visit and comment often.